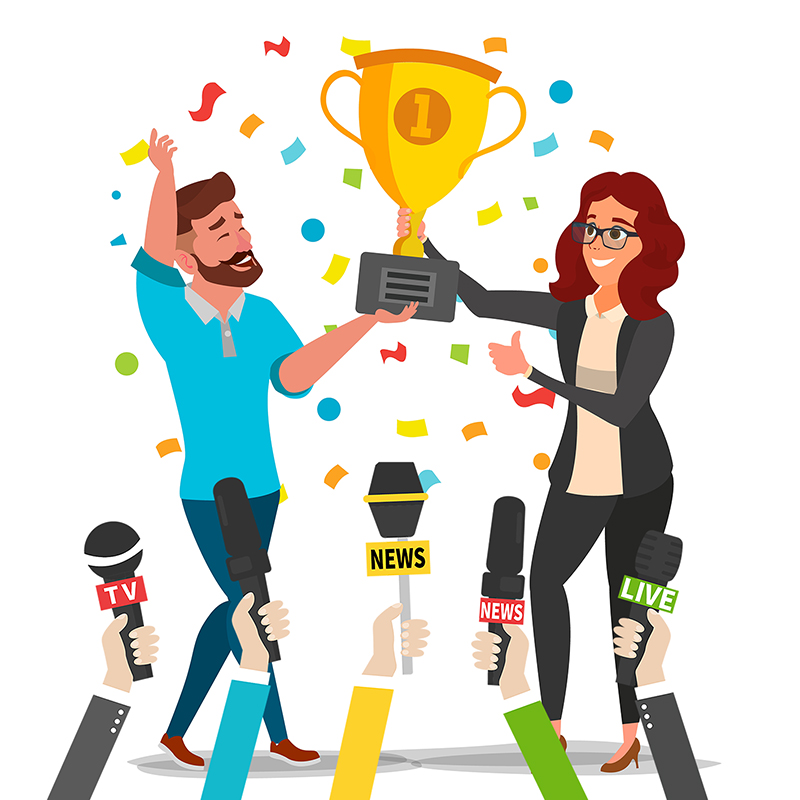 Media has been a powerful tool to influence people positively and
negatively.  Today, we live under the power of media as
a source of information,communication and
entertainment that enhance the knowledge
of usthrough the different types of
news or events in our daily lives.

LONDON - Since Entrepreneur Prime magazine released, I involved either partly or directly three interviews with very successful British Entrepreneurs.  All these figures are the masters in their fields.  I figure out something common in them; strong relations with the media.   Ms. Emma, Heathcote-James, Founder/CEO Little Soap Company, Winner of Queen’s Enterprise Award 2022, was one of them.  I asked Emma what is the secret of her success comes?  Her answer was remarkable; "I say Yes to Press! It doesn’t matter what you are talking about – people will just remember you and the product. I would always say yes to news items.”

Last month, when we decided to release a magazine, covers food and restaurant business, I decided to visit some restaurants in Royal Leamington Spa on a Tuesday evening, not a good day for most of the restaurants because it is either Monday or Tuesday. Yes, I was not wrong, almost all of them were no customers but one, Giggling Squid, a Thai Restaurant in Royal Priors Shopping Center on Recent Street. When I first see it from outside I thought there is something going on.

As I was walking towards the restaurant door with excited eyes, a waiter scratched me at the door. Please wait, she replied as soon as I said that I’m a journalist and would like to see the manager. Seconds later, he showed up outside of the restaurant and asked me how he can help me.  As soon as I asked him what is going on here, and why the restaurant is full this evening, he replied; “We’re like this almost every day.  Of course, our course makes the difference yet the point is how we tell the people living in Leamington Spa and neighboring towns.  Media is the solution.  I do have all the contacts of media outlets in the town and around.  We stay in touch with them and see them here most of the year.  Sometime we get reviews and shares on social media.  Publicity helps us to reach people here and around.”

Media has been a powerful tool to influence people positively and negatively.  Today, we live under the power of media as a source of information, communication and entertainment that enhance the knowledge of us through the different types of news or events in our daily lives.

It is a commination theory that “if you watch television more than two hours a day, your mentality would be televised mentality. You act and behave as you get form the television.” This theory is told back to 50s.  Today our mind is shaped by the tools of mass communication consist of television, radio, newspapers, magazines and internet such as : Facebook, Twitter, YouTube, Instagram, Google and other social networking channels.  It simply means that media has the power to give information and provide an easy means of communication among people.

Media is a powerful and trusted tool among people living developed countries like the UK, US and EU.  Here are some facts;

Depending on your business there are many ways to make your product, service, items  a news.  Let’s talk about a restaurant business for instance.   You have a fancy restaurant, you’re the only restaurant cooks and serves the steak, kebab and desserts. Yet many are not aware of it.   Like many other businesses, restaurant business has parts;  media relation is one of them.   Here are some of the things you should do;

Web page.  Having an attractive, professional website is the best way to stand out from the competition. A good effective website helps build a strong online presence and helps communicate quality information to not just your consumers but media.

Make your webpage media friendly.  Your webpage should have a “Press Room” page which should cover press releases, high quality images and recipes of some dishes you serve. Historical information about some of the items, products and or services you have and news about people like political figures, artists, teams visited your space, office, restaurant....  Their reviews and images should be in press room page as well.

Press release.  Write a press release whenever find a reason like grand opening, seasonal opening, new product, special items, service so on for special days like Christmas, Father’s Day, Mothers Days, Valentina’s Day or any new dishes you just started serving.  The press release should include the atmosphere of your space, lighting, location, ambiance and some of the reviews from costumers.

Local Media.  Search and collect the list of any local media and contact the editors. Invite them to your restaurant for some reasons like press conference, introducing your new dish, or something about your restaurant contributes such as event, party or something like that.

National Media.  Search and collect the list of national media, reviews restaurants and specializes in restaurant, food business. Contact The New York Times Restaurant Review editor if you are assertive about your cuisine, your services and the ambiance of your restaurant.

Stay with both local and national media editors in touch and send them press releases occasionally. They will eventually write a review or talk about your restaurant either on their media or social media.

Reviews.  Be active on review sites, magazines and newspapers.  As Bazaar Voice stated that conversions increase 133% when mobile shoppers see positive reviews before buying.   Media reviews are most affective tools to bring costumers to your restaurant.  Most customers read reviews before dining at the restaurant. So, reviews must be answered and managed. They can make or break your brand. Being proactive on reviews, both good and negative, is an excellent way to promote your restaurant.

Celebrate.  Colect the list of local and national media that covers your interest or scoop of your area.  Celebrating their birthday, Xmas day and so one might be the good reason to stay in touch with them.

Get Awards.  Be an award-winning even be multi award-winning entrepreneur or company. There are many organizations willing to give awards. Register and be a member. There are also many events going on, join and get your awards.  Than use these awards as a slogan when market your business; “Multi Award-Winning……”

Social Media. Social media is a part of mass media.  Use and update them effectively. Social media has become the most influential and important virtual space where the platform is not only used for social networking but is also a great way of digitally advertising your brand and your products.

Loyal Customers.  Don’t neglect your loyal customers.  Offer them something for free which could be tea, coffee, dessert and so on.   They are the ambassadors of your business.  Some of them may have contacts in media and some other channels.

Build Your Media.  It's not just social media, it's a new media as well.  Treath them you're the media patron and those are your media channels.  Brotcast live events, news, conduct interviews through YouTube, Instagram and other channels.  Build your own magazine.  Newyox's state-of-art service enables people to get their own magazines with an affordable prices.  The cost is low yet the effect is high.  The magazines, Newyox creates, are available both print and electronic all over the globe in 190 countries and over 40.000 networks, platform, retailers and libries including Amazon, Barnes&Noble, Chapters&Indigo, Rakuten,  Blackwell's, and Waterstones.

As a result, keep in touch with media is an essential part of your success not just in restaurant business but many other businesses.  Whenever a new movie or a book released, they highlight what the media said.  Whenever a new show starts, they highlight what media said.  So, it’s extremely important what media says about your restaurant, cuisine, desserts and ambiance.

Fatih Oncu is Founder and Director of Newyox, a London-based multi-sided media platform creates opportunities for publishers. He is also a publisher of  a few magazines including The Reader’s House, Entrepreneur Prime and London Taste.

He has over 20 years of experience in media, plus 10 years of education in Journalism at the College of Saint Rose (BA),
Publishing at NYU (MS) and  Digital Transformation at MIT (EP)

PS:  You can use, publish and print the article all or some parts with giving a credit to Author and The Reader's House magazine.